The Article Will Explain To You About Military Alphabet. Learn What It Means, Its History, Its Purpose, And Its Complete List Below.

You may have watched movies with war themes and heard things such as “Charlie,” “Tango,” or “Foxtrot.” However, have you ever wondered about what these words mean? Turns out, they are actually special code language that’s commonly referred to as Military Alphabet. The language is used by military members with the purpose to make their communication clearer or simply a slang word.

Clearly, sensible communication is a crucial part of various operations of the military. The common method of delivering ideas is not always ideal. One mistake can be lethal if it’s created due to not having a solid understanding of the things that are being communicated. The military of the United States is currently adapting NATO phonetic alphabet system that’s also known International Radiotelephony Spelling Alphabet (IRSA). 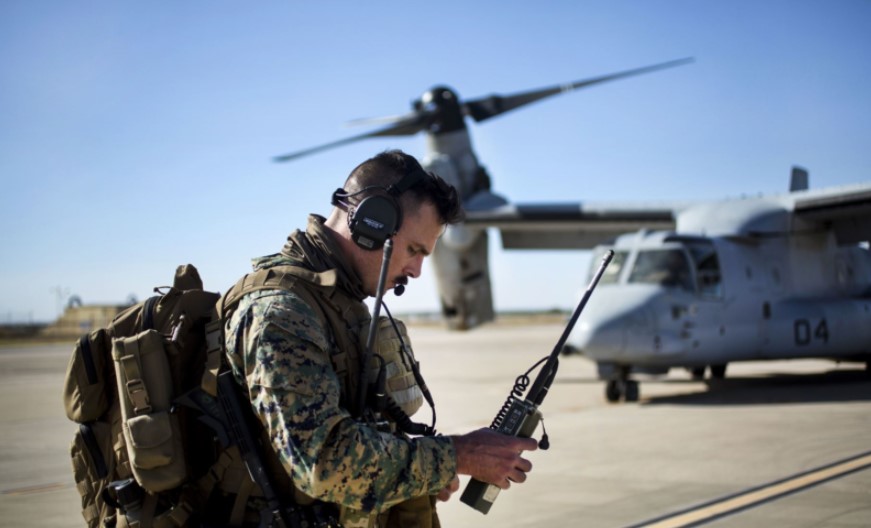 The complete military phonetic alphabets are comprised of 26 code – for each of the 26 common Latin alphabets. They serve as communication tools that not only known or can be used by military members but also civilian people in order to avoid errors in spelling when communicating over devices such as phones. Besides the alphabets, the military also adopts other codes of communication such as shortcodes or slang words.

These special alphabets are actually formally named as International Radiotelephony Spelling Alphabet (IRSA) as mentioned above and they were developed by International Civil Aviation Organization (ICAO) with the purpose of lowering discrepancies of pronunciation that may happen over verbal radio communication. Then, these phonetic alphabets are utilized by NATO as well. Military members use these alphabets to create acronyms, shorthand, or codes.

There are plenty of letters in the language of English that sound quite similar when verbally said, for example, “B” and “D”, or “M” and “N.” The works of sending locations, mission status, codes, or any other crucial information can be disturbed if there are mistakes in deciphering the sent message, so the military phonetic alphabets are used. For instance, if someone were to send direction to the “Building of MDG”, then they may communicate it with Military Alphabet by saying “Building of Mike-Delta-Golf.”

The importance of communication clarity when carrying operations related to the military can be a difference between life and death. Take, for example, a soldier wants to inform about the success of the completed mission, then the squadron is going to report back to the headquarter by saying “Alpha” or “Bravo” to substitute the first and second letters in the alphabet. As an alternative, they may say terms like “Oscar Mike” to report about the start of a move of a certain team.

Military phonetic alphabets are the set of words that used in messages through telephone, radio, or encrypted devices to identify letters. The alphabets may also be signaled with other methods such as Morse Code, lights, or flags. There are three primary principles of communication in the Military, which are “Accuracy”, “Brevity”, and “Clarity.” Regardless of the devices used when communicating, these principles must be met to provide tactical communication.

The approved codes are spoken to replace letters when communicating. For instance, if you want to say “Army” then you may substitute the word by spelling it with Military Phonetic Alphabet and say “Alfa Romeo Mike Yankee” instead. During missions of the military, these phonetic alphabets are utilized to communicate the command chain or to inform the certain mission phase that has been completed.

How Was The Military Phonetic Alphabet Created?

It was 1927 when the phonetic alphabet first being recognized and adopted. However, the military phonetic alphabet that’s commonly spread in modern days didn’t become popular at least until World War II. As a way to standardize communication methods between different US military branches, United States utilized the radiotelephony alphabets used by the Navy and Joint Army. Since then, plenty of nations have adopted each of their versions, such as the Royal Air Force that utilized quite similar alphabets to the United States’ ones.

The United States-created system was named Able Baker letters, to represent the first and second alphabet (A and B). The armed forces of the United States, United Kingdom, and Australia then adjusted these Able Baker systems in 1942 to unify the communicated methods between nations that had become allies.

The Able Baker system then went through modifications after World War II, because other nations felt that the alphabet sounds are more familiar to be used by English speakers. Then the alphabets were revised to cater to the needs of universal needs of other language speakers such as Spanish and French. It was tested amongst speakers from more than 30 nations.

Finally, the revised version of The Military Phonetic Alphabet was wrapped in 1957 and it gained the formal name as International Radiotelephony Spelling Alphabet (IRSA) and it was constructed by International Civil Aviation Organization (ICAO). The system was adopted by NATO and United States. There are a total of four words only that were maintained from previous Able Baker alphabets, which as Charlie (C), Mike (M), Victor (V), and X-Ray (X).

How Are Military Alphabet Pronounced?

As mentioned in prior, there are speakers from more than 30 nations involved during the revising work of the alphabet code. There were more than hundreds of thousand tests related to comprehension being held, with the purpose of inventing code words that can be easily understood by different language speakers.

The habits of different language speakers may make the code words’ pronunciation varies. ICAO then determined to eliminate the huge differences in pronunciations by using illustrated posters and recordings. That being said, it is unavoidable that there are some existing differences between the pronunciation encouraged by ICAO and other different agencies. Moreover, ICAO encounters conflicts between the transcriptions of the alphabet in Latin and the International Phonetic Alphabet (IPA). In addition, it has to be noted that even though all the codes used for the alphabet are considered English words, they don’t necessarily follow the common pronunciation in the English language.

It is possible that the pronunciations differences between agencies are caused by uncertainty when it comes to different transcriptions – that mostly due to each letter inconsistency.

Below is the table that contains the full Military Alphabet. It informs you about how to make sense of this unique language, and it includes the info on how the words are spelled and pronounced.

There are so many specialized concepts and items used by the US military that are not known by civilians. One of them is the use of slang and terms to create communication with language that isn’t exposed to common persons. While some slang and terms may sound simply self-explanatory, some can turn to be really cryptic. Here are some of the examples when it comes to the unique words used by the US military:

What is The Military Alphabet Code?

It is the phonetic alphabet that’s utilized by NATO and it comprised of set of words that used to substitute the Latin alphabet over verbal communication such as through radio or telephone.

What Does Lima Foxtrot Mean?

Lima Foxtrot means Expiration Term of Service – a phrase to represent someone who’s going to complete their duty.

What does Oscar Mike Mean?

Oscar Mike means On the Move – a phrase to represent the speaker’s spirit and the served Veterans.

What does Tango Yankee Mean?

Tango Yankee is a phrase that means thank you in the military slank words.

What does Bravo Zulu Mean?

Bravo Zulu means Well Done – it is used both in verbal and written communication and may be combined with the word “NEGAT” to represent “negative.” For example, “NEGAT Bravo Zulu” translates to “Not well done.”

What is Alpha Bravo Charlie?

Alpha Bravo Charlie is the code word that represents the first three letters in the Latin English Alphabet, which are A, B, and C respectively.

The International Radiotelephony Spelling Alphabet (IRSA) system is developed to reduce not only discrepancies between Latin alphabets that sound similar but also for the purpose of providing convenience for different organizations and nations. In current times, the only difference that exists between the Military Alphabet mostly lays in the spelling, such as how “Alpha” is spelled as “Alfa” in several European countries.